Stock your inventory with 8 hardcover copies for a discounted price of $175.00 (Including S&H).

Bombast: Spinning Atoms in the Desert, By Michon Mackedon, is a crucial linchpin in Atomic Revival studies. With “an awareness born of deceit” shared by other Nevadans, Mackedon considers the manipulated language and imagery doled out by the atomic industry to make the unsafe appear safe and the unthinkable, thinkable.

Blowing up bombs and planning nuclear tombs in Nevada has left a legacy to the residents, a mixture of loss of innocence and discovery of their own invisibility.

Bombast: Spinning Atoms in the Desert is a crucial linchpin in Atomic Revival studies. Michon Mackedon recounts Nevada’s relationship with the nuclear industry and a host of players including the Atomic Energy Commission, the Department of Energy, scientists, military men, and journalists. With “an awareness born of deceit” shared by other Nevadans, Mackedon considers the manipulated language and imagery doled out by the atomic industry to make the unsafe appear safe and the unthinkable, thinkable. This second book published by Black Rock Institute Press is an environmentally charged survey of nuclear culture in the “Silver State.” Augmented with “Atomic Pop” images of the nuclear era, this book is an ironic, dead-serious, no-holds barred post-mortem that lights up Nevada’s nuclear industry. 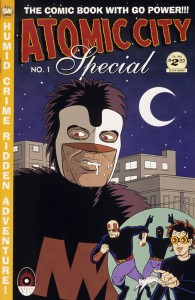 A native daughter of Nevada, Michon Mackedon was born in Reno and fledged in nearby Fallon. In that sprawling small town—birthplace of the Newlands Reclamation Project, the first federally supported irrigation effort—Michon raised four children (all now grown), in a small agricultural tract with a fulsome summer garden, an orchard of quality, and a vertiginous tree house. A student of Russian, classic black-and-white films, cutthroat gin rummy, classic Ford Mustangs, and science fiction, Michon once appeared on the Ed Sullivan Show, and while there touched the hand that shook the hand of Beatle John Lennon. For twenty-seven years, Michon taught English and humanities at Western Nevada College, and at this point knows most of the really interesting people who are long-time Nevadans, since many of them were once her students or colleagues.

Like any steadfast academic and responsible neighbor, Michon has completed enough committee work to stun a Congressional aide, including prolonged service on the Nevada Commission on Nuclear Projects. Thankfully, not all her efforts required life-and-death decisions—in a 2008 episode reminiscent of Larry McMurtry’s Texasville, she was the Chair of the Fallon Centennial Commission.

Michon is joined by husband Michael in her love of the Nevada sky as observed from their patio, welcoming the sound of water as it leaves the ditch on its way to the garden, and she cherishes cooking, reading, and the experience of lovely or strange corners of the earth, some of them even close to home. While Michon has dozens of articles published on Nevada in various journals, Bombast is her first full-length book. 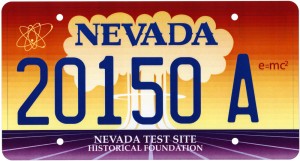 Won the Gold award from ForeWord Reviews Book of the Year Awards in the Regional category.

Winner of the IPPY Silver medal from the 2011 Independent Publisher Book Awards in the category of Best Regional Non-Fiction.